The landscape of inbound marketing has changed significantly over the last few years, and Square 2 Marketing has not stood still.

Mike Lieberman from Square 2 Marketing has seen it all since becoming the first HubSpot Diamond agency. He was practicing inbound marketing before thousands of agencies joined the HubSpot Partner Program. And while other agencies struggled to keep up with the rapidly changing tactics needed to stay one step ahead, Mike has consistently adapted his agency to new changes.

In a Tuesday morning Inbound 2017 breakout session, Mike shared some of the lessons he learned along the way. He began by polling the audience and asking:

“How many of you are generating GREAT results from inbound marketing?”

Since the subject matter of the talk was directed at high-achieving inbound marketers, you might expect that plenty of people in the room would raise their hand to show that they were ahead of the curve.

Mike continued on to discuss two common ways that marketers hold themselves back:

Instead, Mike recommended that marketers should act like scientists. They should rigorously analyze each step of the funnel, and try a few experiments until they get positive results.

Just like scientists, marketers should not be disappointed if their initial experiments do not work. That is part of the process. Instead, they should embrace the lessons and press on to test new campaigns. That is the only way to get to exceptional results.

And, if you are an agency, you need to be able to communicate this attitude to the client to ensure that they understand the approach.

Mike uses two separate tools to do that: the True Funnel tool and the Lead Generation tool. 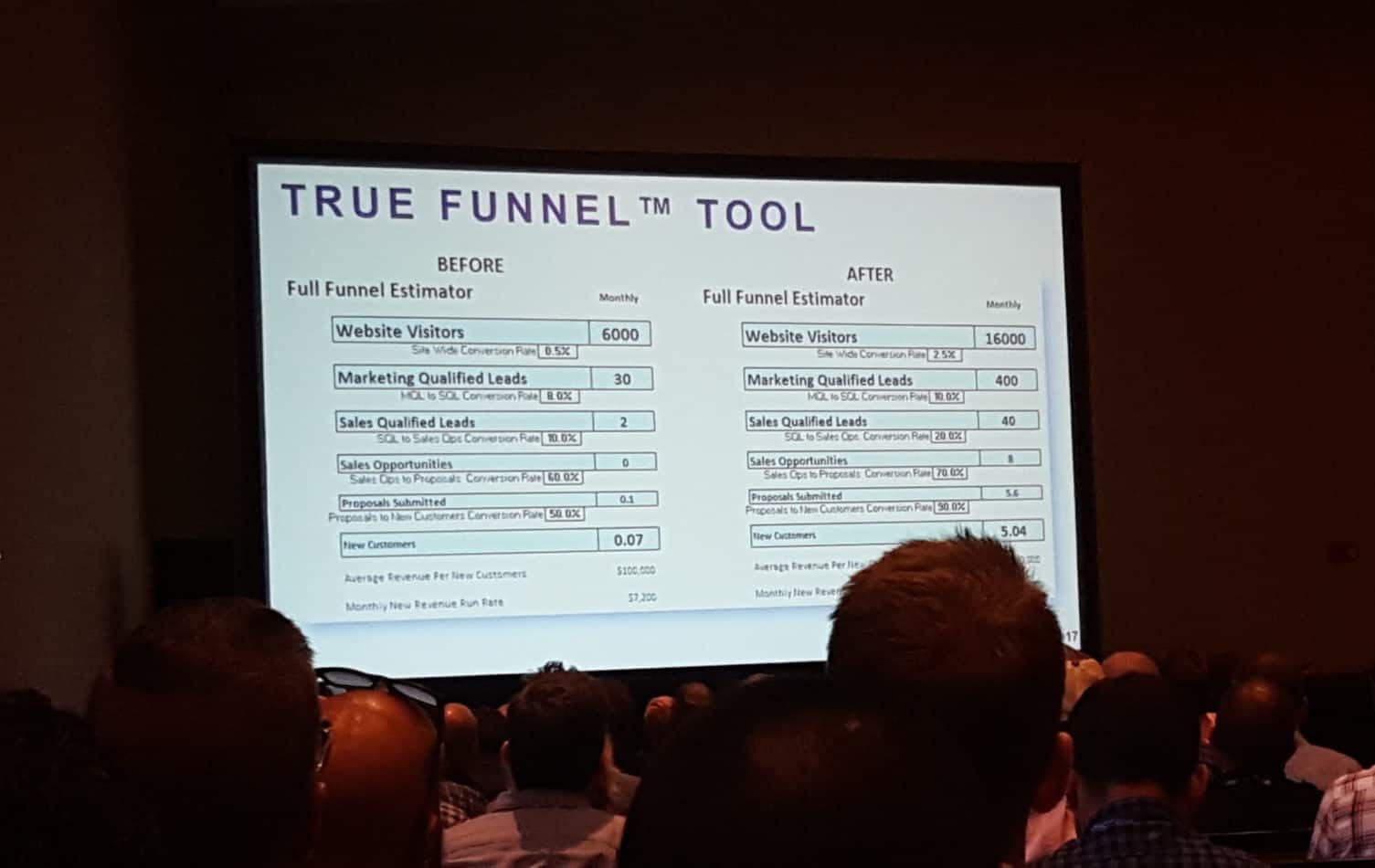 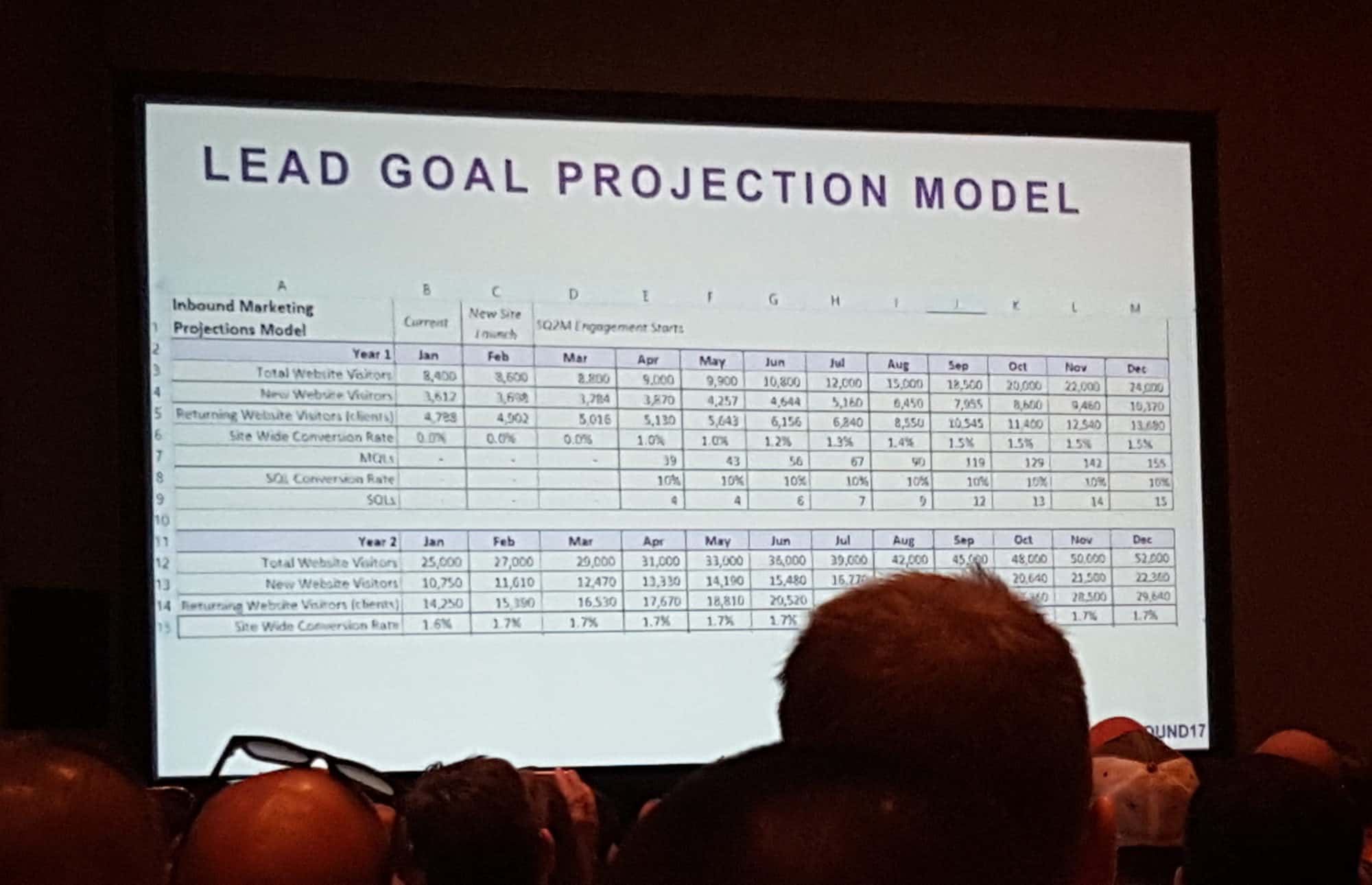 The Lead Goal Projection model follows the True Funnel tool. Square 2 uses this monthly breakdown to set expectations for the clients and themselves. They need to have a plan for results they need to deliver on a monthly basis so they stay on course for the annual goal. 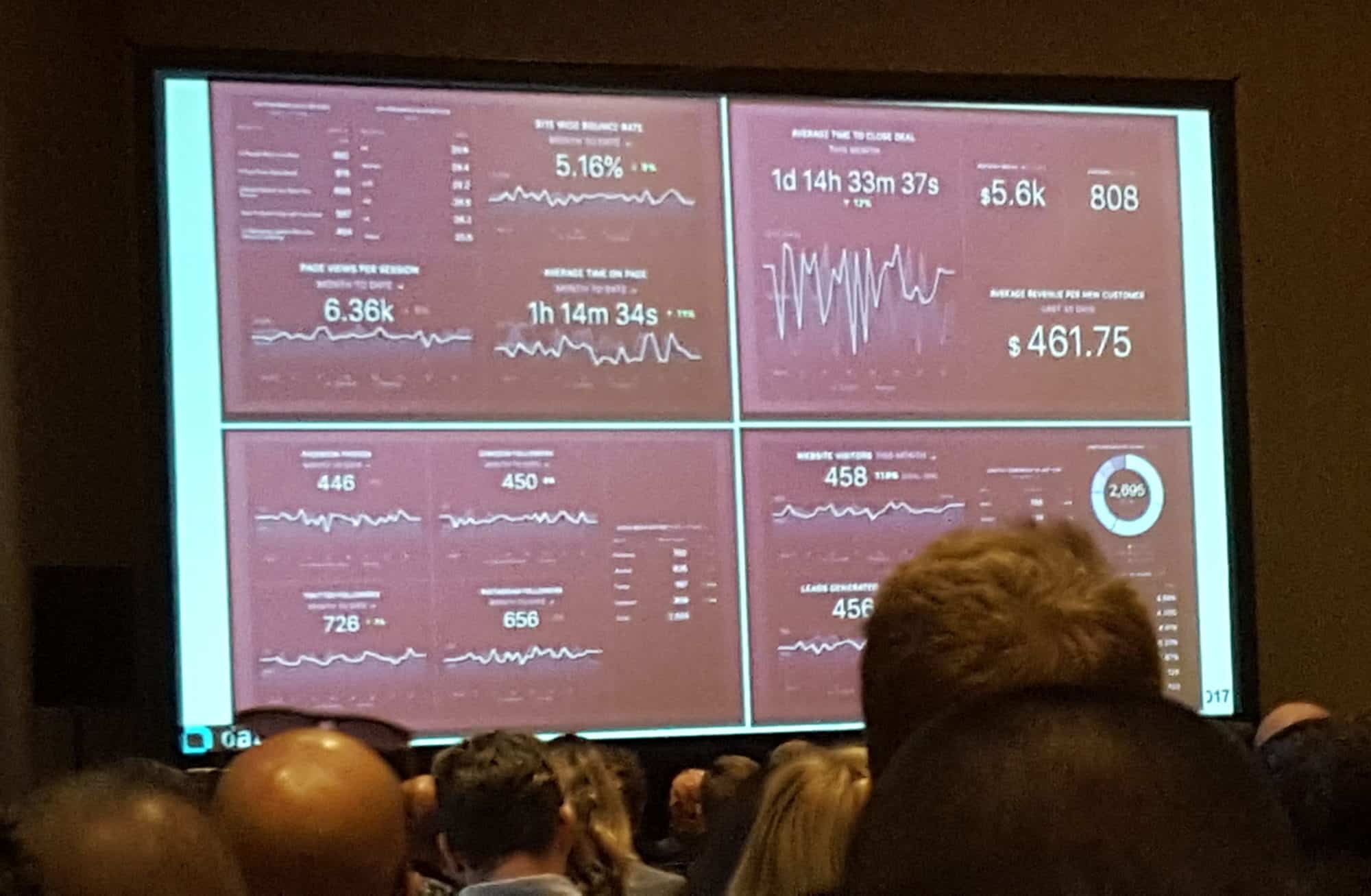 And, of course, they showed 4 Databoards that they use to track all this information in real-time!

Mike then covered 4 specific stages, and the tactics you can use at each stage to improve your funnel.

There are actually plenty of good prospects in the Unaware stage! They do not even know that a solution exists to their problems. In other words, they are likely not searching for solutions on Google. You need to disrupt their status quo and grab their attention.

You probably have heard all of these tactics over and over again, so there is no point in listing them again. Mike recommended that you measure each one independently so you can better direct your efforts.

The traditional linear funnel is dead. Now, prospects move throughout the funnel at will, and there are more opportunities for conversion than ever before. Prospects do not want personal guidance at every step. They want to move at their pace. So, you should have a variety of offers that support different types of conversion.

This is a common point where marketers and salespeople get tripped up. They have not acclimated to this new reality, where buyers have many choices at any given time. A simple ‘Contact Us’ or ‘Book A Demo’ page will result in a 2% conversion rate.

You should focus your sales offers around value. In one example, an industrial safety products company offered a 30-minute workplace safety consultation rather than a sales call. That will increase your conversion rate to about 10%.

From hiring too quickly to poor cash flow management, here are some of the biggest growth mistakes startups make (and how to avoid them).

5 Ways to Calculate Profitability for Your Agency Clients and Projects

How to Deal with Difficult Clients: Strategies Shared by 10 Agencies