I think I’m awesome, and here’s why:

Well, at least that’s how I feel today. I don’t always feel that way. I’m grateful for the opportunity to work and build a company with the Databox team, but life as a startup CEO doesn’t always feel as awesome as the title might make it sound. But over the last two weeks I’ve been working on this video. If you take a couple of minutes to watch it you’ll see that it’s not exactly the cinematic achievement of the century. But we needed a video to kick off our Early Access Program for growth marketers and the agencies I spoke to wanted 4-6 weeks and $12,000. Ouch! That sounded like “a year and $100,000,000” to a startup guy.

I was on the founding team of my last company where I ran marketing from 0 through the IPO. We spent a lot of money over the years on video production. Early on we did $20,000 TV commercials. Towards the end of my tenure, we spent $650,000 with a big agency on a pretty cool TV ad during a 2-day shoot in Santa Monica. But I was never able to get low-cost, high-value video done quickly. We tried several agencies. A couple did a decent job but only after weeks of calls/meetings/creative brief edits/rounds of feedback, etc.

Then, in September I attended a WISTIA workshop on DIY video for marketing at the Business of Software conference in September. So when three high-energy, entertaining Wistians told the audience we could produce pretty high quality business video for a couple of thousand dollars and without an experienced videographer, I was skeptical but willing to listen. Their workshop was basically a live version of a few articles and videos on their blog. They explain in a clear and engaging way exactly how to get started.

Here’s what I said to my team over Slack afterwards. By the way, the banter about note-taking here is my team making fun of me for being a poor note-taker. My notes usually consist of random words (sometimes parts of words) from a conversation: 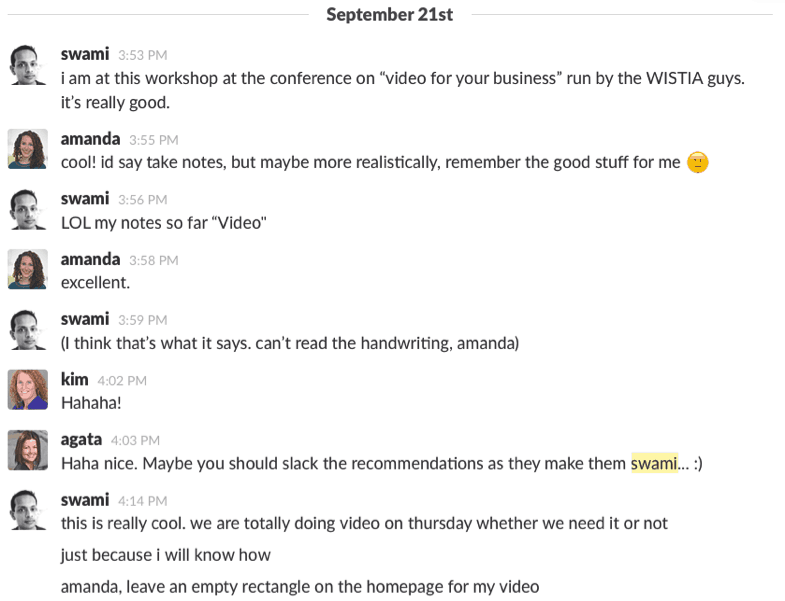 I’m pretty sure they were thinking “Oh god, Swami found a new pet project.” and figured I’d produce some embarrassing recording that looked like I recorded a Skype call and powerpoint slides with my webcam.

But for $2500 I bought a Canon DSLR, a copy of Screenflow, a couple of good lenses, and the elements of a DIY lighting kit from Amazon: 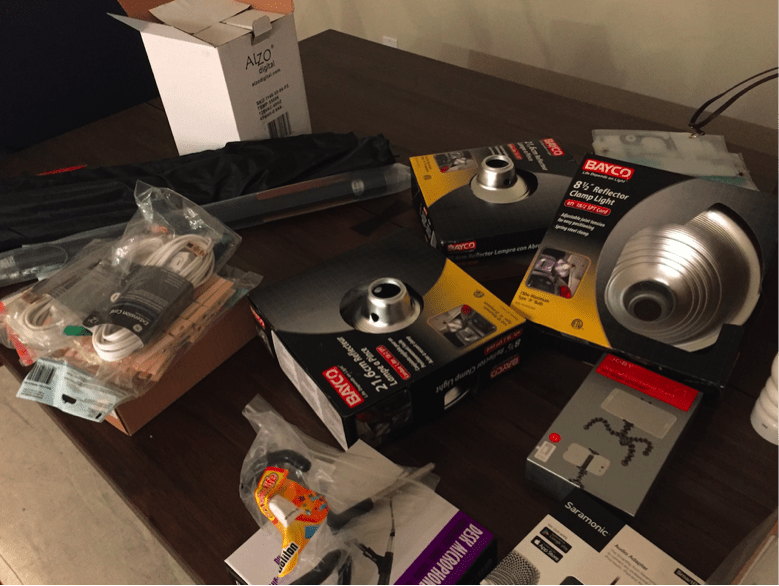 It took a lot more work than I had anticipated but I had a lot of fun. I don’t often get to roll up my sleeves and create things at Databox. We have fantastic people in every part of the company, all of whom are better than I could ever be at what they do. It was really fun and satisfying to experiment and create the video.

And what I experienced in the process is what this blog post is really about: the fact that a few of the products I used — an entry-level Canon DSLR, Screenflow’s editor and WISTIA — made me feel awesome simply because I created something good enough for our needs (and at a fraction of the expected cost). Something I didn’t know was possible. That was my most important takeaway from this experiment. As Kathy Sierra pointed out in her book and talk at BoS — two things that get way too little airtime in software product circles — the most successful products aren’t great because people think those products are awesome and tell their friends. They’re successful because they make customers *think they themselves are awesome* after using those products. And that’s why customers tell their friends.

Here at Databox we believe simple things — the things that matter most — can often make a huge difference.This concept — making your customer really good at what they do, is one of them. And it’s not only products that can do that (in my example, WISTIA’s educational content was the lynchpin). If, as entrepreneurs, we can remember that and ask how everything we are doing (or not doing) could make a users badass at what they do, and feel awesome as a result,  we’d have a lot more great products in the market.

By the way, it doesn’t hurt to have a little fun in the process: check out the bloopers reel.  (my definitely less-than-awesome moments.)